Ocicat is a gorgeous spotted cat. It is a rather new American cat breed.

The Ocicat has a short, thick coat. The eyes can be any color except blue. 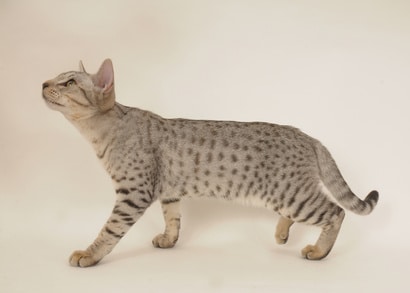 On newborn kittens the spots are not always apparent; the spots will develop as the cat matures.

The Ocicat is a tremendously active cat. It loves to play, jump and run.

This cat likes action. The Ocicat is a quite affectionate and friendly cat, but does need tons of attention.

The Ocicat gets along great with children.

It is a perfect cat for a large cat loving family.

The Ocicat is very social and does not appreciate being left alone for hours daily.

The Ocicat is also quite vocal and will answer when spoken to.

The Ocicat actually came to be by accident. An American breeder named Virginia Daly from Michigan was endeavoring to produce an Abyssinian pointed Siamese in 1964.

A female Abyssinian was crossed with a male Seal Point Siamese cat.

One of the male kittens came as a surprise. This kitten was golden spotted and was given the name Tonga.

Tonga was not a planned part of the breeding program. He was neutered and sold as a pet. As it turned out Tonga was essentially the first ever Ocicat. 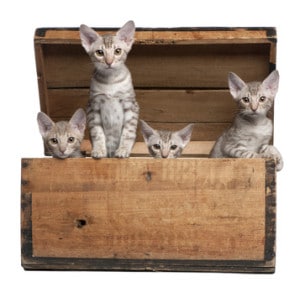 Later Virginia Daly decided to pursue the idea of a spotted cat.

She tried again and was successful. A new stunning cat breed had come to stay.

Another cat breeder named Tom Brown was also successful in breeding and developing the Ocicat. He had worked the breeding program through five generations by 1970.

Some cats were also crossed with the American Shorthair which resulted in larger Ocicats.

The first European Ocicat was named Nadir. Nadir was born in 1984.

The Ocicat received the champion status in the United States in 1987.

Today they are increasing in popularity in many countries around the world. 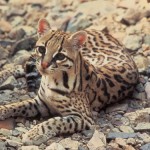 The Ocicat got its name because the cat resembles the beautiful wild cat, Ocelot. The Ocelot cats live wild in Central and South America.

Unfortunately because the Ocelot is so stunning, this wild cat has been the victim of ruthless hunters killing the cats for their fur.