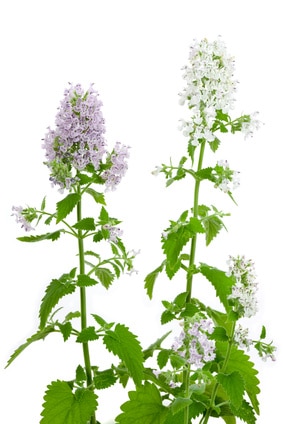 Catnip is the popular term for the plant called Nepeta cataria.

The plant is an herb in the mint family.

It is easy to grow. Many places it is regarded as a weed. Nepeta cataria can become quite high.

Some prefer to call the plant “catmint”.

Many cats are attracted to the catnip. The cat will roll and rub on the plant if it is found in the garden.

The feline will start off by sniffing and licking the plant and proceed to chew and then eat .

The cat may go into an ecstasy state.

The cat may start to purr or growl loudly. As the effect takes on, the cat will roll over and act very strangely. 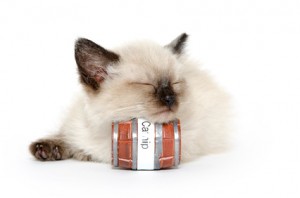 Some may become drowsy, others may become overly active.  Some cats may show signs of anxiety.

The state of ecstasy may last up to ten minutes.

The cat then goes back to normal. Catnip is perfectly safe for the cat. It does not have any side effects and no ill effects on the cat.

After a couple hours the cat will be responsive to another dose of this special treat.

Only about 50% of domestic cats react to catnip. This seems to be generic. Most kittens do not react. In fact kittens will naturally avoid this plant their first two months.

Catnip can be grown naturally or purchased dried. If your cat reacts positively and clearly shows signs of pleasure and ecstasy, then by all means let the cat enjoy a dose every now and again.

Catnip may make a cat act absolutely crazy for a few minutes, but has the opposite effect on humans.

Many people have been known to drink Catnip tea as a cure for insomnia, as it has a calming effect on humans.

It is also known to help cure diarrhea and been used to treat colds and fever.