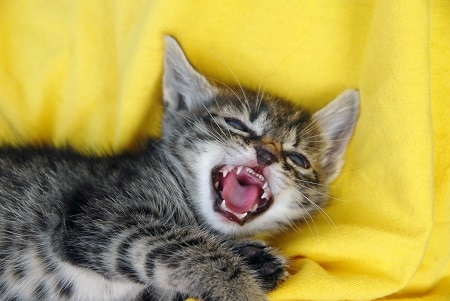 King Magnus VI Lagabøte (English: Magnus the law-mender) of Norway (1238 –1280), was known for his work modernize the law-code.

Cat meat is not uncommon in China and Vietnam. Cat meat is a part of the local diet Guangdong, China.

In other parts of the world “roof hare” was found on the menu.  Roof hare or roof rabbit is actually cat meat being passed off as hare meat. This was known to be eaten during the Second World War. Often those who ate it were unaware of the fact that they were eating cat meat.

In Europe countless black cats were burned to death during the Middle Ages in an effort to fight witches. See Black cats. 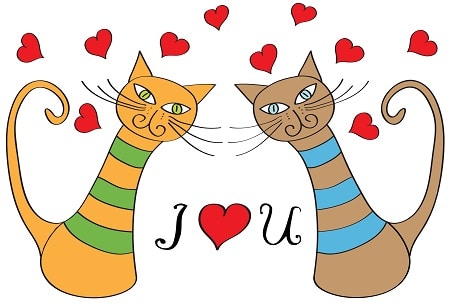 Lately cat cafés have been established in many countries around the world. It seems these cafés fill a need for cat lovers.

Sir Isac Newton (1643-1727), the great physicist was a devoted lover of cats.  He has been credited to inventing the cat flap door.

Cat lovers, who wish to honor this genius of a man, will find his grave in Westminster Abby, London. 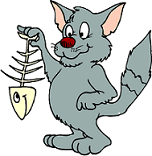 In Paris there is a street named “rue du Chat qui Pêche” meaning “the street of the fishing cat”.

Helen Monnette Amestoy had an enormous collection of cat books. She had spent her lifetime collecting books on cats.

In 2004 her collection of 6000 books on cats was donated to the Arne Nixon Center in Fresno, California.

This is believed to be the world’s largest collection of cat books in a library. Many of the books are extremely valuable.The first major cat show took place on July 13, 1871 in Chrystal Place, London. A total of 170 cats were entered at the show.

The first postage stamp ever made with the picture of a cat was in 1887 by the German state of Bergedorf. It showed a cat with a fish in its mouth.

The Year of the Cat

Cats have a third eyelid called the haw. The haw is not easy to see. If the haw is clearly visible; it is a sign that your cat is ill. Call the vet.

All kittens are blind and deaf when they are born, but they do have a strong sense of smell.

All kittens have blue eyes. The color of their eyes changes when the kittens are about three months old.

Kindle means a litter of kittens.

Grumpy Cat reached worldwide fame and become quite a phenomenon. Millions of people all around the world have fallen in love with this awesome female feline.

Grumpy cat has appeared on TV shows and is also featured now on t-shirts, mugs and whatever. Her popularity is increasing by the day.

This sour faced cat has her home in Arizona. She was born April 4, 2012 and is a mixed breed. Tabatha Bundesen is the lucky “owner” of this precious feline. It is told that although she has become a world famous star, she remains calm. 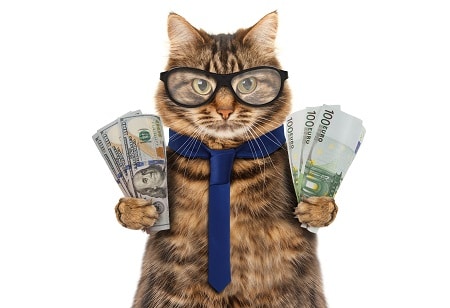